As far as we know, this is the first time these photos — showing the killer knife wound that took out Johnny Stompanato — are being shown publicly. The images are from a collection of recently discovered rare Los Angeles morgue photos. As you can read in our book, this is the one crime/conclusion that authors Clark Fogg and Barbara Schroeder disagree on. Clark believes the beautiful actress, Lana Turner gutted her gangster boyfriend during an argument. Barbara believes the daughter, Cheryl (14 at the time of the murder) killed him. Cheryl admitted, publicly stated, and wrote a book detailing how she heard a vicious argument, grabbed a knife from the kitchen, and walked up to her mother’s bedroom door. When the door was flung open, Johnny stepped towards her, into the knife. If anyone has any more information – we’d love to hear it! 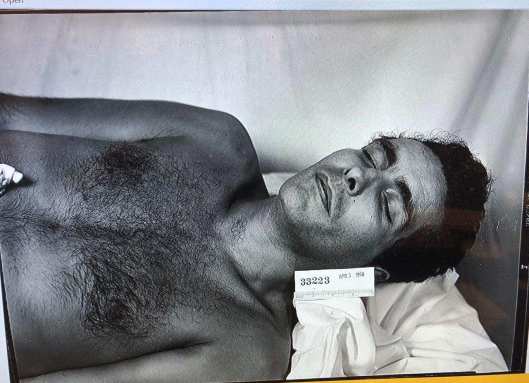 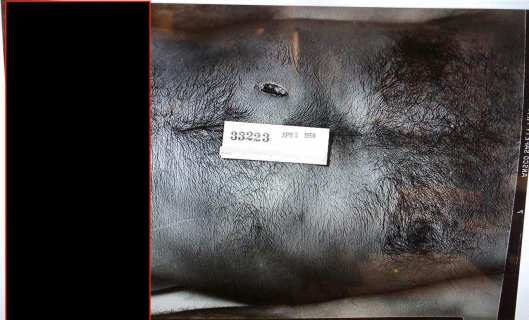