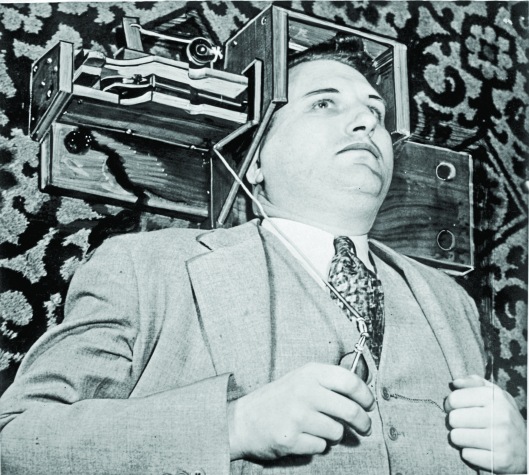 Note the gun lying on its side in this ingeniously designed “Suicide Machine.” We could find no information as to who this gentleman was, perhaps the inventor? 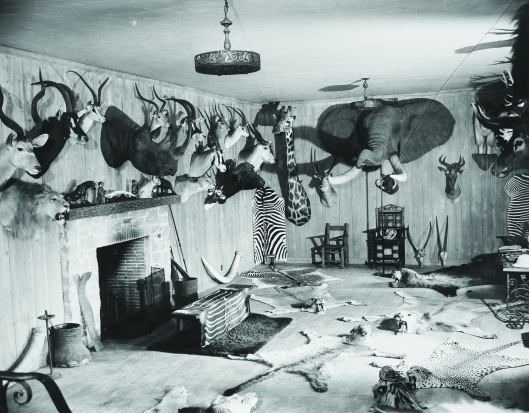 This home belonged to linoleum tycoon Novis Boomhower, who’s jolly, fun-loving 48-year-old widow Mimi mysteriously vanished from her Bel-Air home in 1949 on the 6th anniversary of her husband’s death. Her white handbag was found in a telephone booth 5 days after she disappeared. The case was never solved. 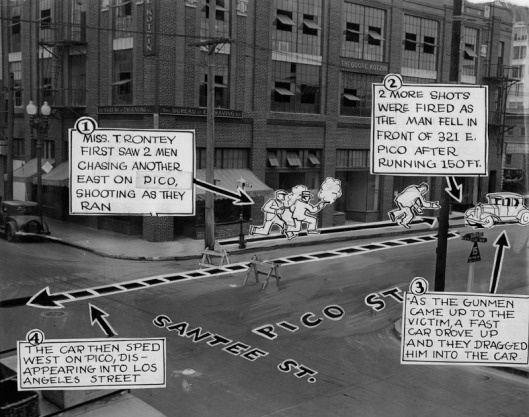 A great example of the clever illustrated story telling we found in old Los Angeles newspapers…similar to the illustrated Doheny murder photos on p. 28 of our book, Beverly Hills Confidential.